Blake Lively to Star in New "Sex and the City" Movie? 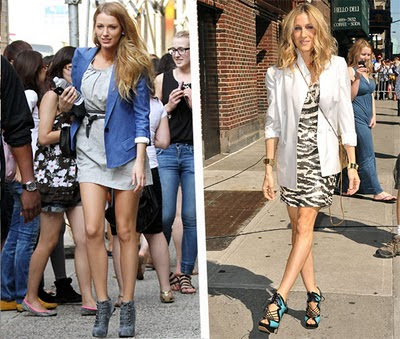 Rumour has it Blake Lively is to star in a new Sex and the City movie, a prequel based on The Carrie Diaries about a young Carrie Bradshaw.

I was sent the link to the Grazia magazine story last night. I'm in two minds about this one. I have to admit, I haven't read the book (although I've read a few other novels by Candace Bushnell), but Gossip Girl's Blake seems a decent choice to play young Carrie.

My main concern is going back in time with the story. While it's nice to think that the series won't end on the last ho-hum movie effort, I have an innate suspicion and hatred of prequels. How can you build up suspense when the audience already knows the ending to the story?

The rumour is apparently already being quashed by Blake's people, but maybe the movie project is still a goer. What do you think? Do want or don't waste my time?

Labels: Sex and the City