A Rant on "Sex and the City" Critics 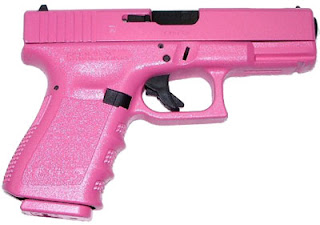 Well, Roger Ebert may be a brand-name movie critic, but he certainly despises our four brand name-toting gals...
"Some of these people make my skin crawl. The characters of "Sex and the City 2" are flyweight bubbleheads living in a world which rarely requires three sentences in a row. Their defining quality is consuming things. They gobble food, fashion, houses, husbands, children, vitamins and freebies. They must plan their wardrobes on the phone, so often do they appear in different basic colors, like the plugs you pound into a Playskool workbench."
You can read the full review for yourself. Now, I understand that not everyone has to love what I love, particularly the male species, but please, a little respect! And it's not just Jolly Roger, the bad reviews are flying in thick and fast, with female reviewers among the most vicious: "If this is what modern womanhood means, then just fucking veil me and sew up all my holes. Good night." (Lindy West, "Burkas and Birkins".)
Never fear folks, misogyny is alive and well and living in the hearts of movie critics. Perhaps I'll do a 180 when I view it this weekend, but I suspect the movie isn't as bad as all that. What I do suspect is that critics have taken its release as an opportunity to launch a full-scale assault on pretty, fashionable, successful women, especially ones that -- gasp -- have the audacity to talk about sex in a way that isn't entirely complimentary to men.
And for your info, Schneebert, if the characters rarely speak three sentences in a row, it's called concise, witty, fast-paced dialogue. Aren't you movie munchers supposed to eat that shit up? (Hey, you introduced the food metaphor, bucko.)
Now, I wouldn't mind all the hatin' on Sex and the City if it was anywhere near mirrored by popular sentiment about male-centred TV shows and movies. Let me get this straight, SATC is bad, but Two and a Half Men and Everybody Loves Raymond, two of the worst comedies ever to grace our boxes, have been run-away hits. What. The. Fuck?
Inexplicable, until you take a look at their subject matter: making fun of/hating women. The former, concentrating on the exploits of an incurable playboy (on screen and off), the latter, "hilarious" jokes about the mum having PMS/a nervous breakdown/a fit about having to do all the housework. Comedy gold, apparently.
Let's take a movie example: James Bond. Don't get me wrong, I love me some 007 action, but many of the scathing remarks about my four NY city chicks could equally be levelled at Mr Bond. He's a 2-dimensional man-whore spouting lame-ass puns at every turn and boy, does he consume things. Just replace Gucci with gadgets and the comparison is complete. But every time he pops up on the silver screen, we love him. This BBC article even asks, is it okay to hate James Bond? Nope, because he's a man. Note to self: man, good, Manolo bad.
So, I can't force you to adore Sex and the City, before you go criticising, imagine if the gender roles were reversed and consider if you'd be quite as nasty. That's all I ask. That way, you won't off-Fendi me.

Labels: Sex and the City